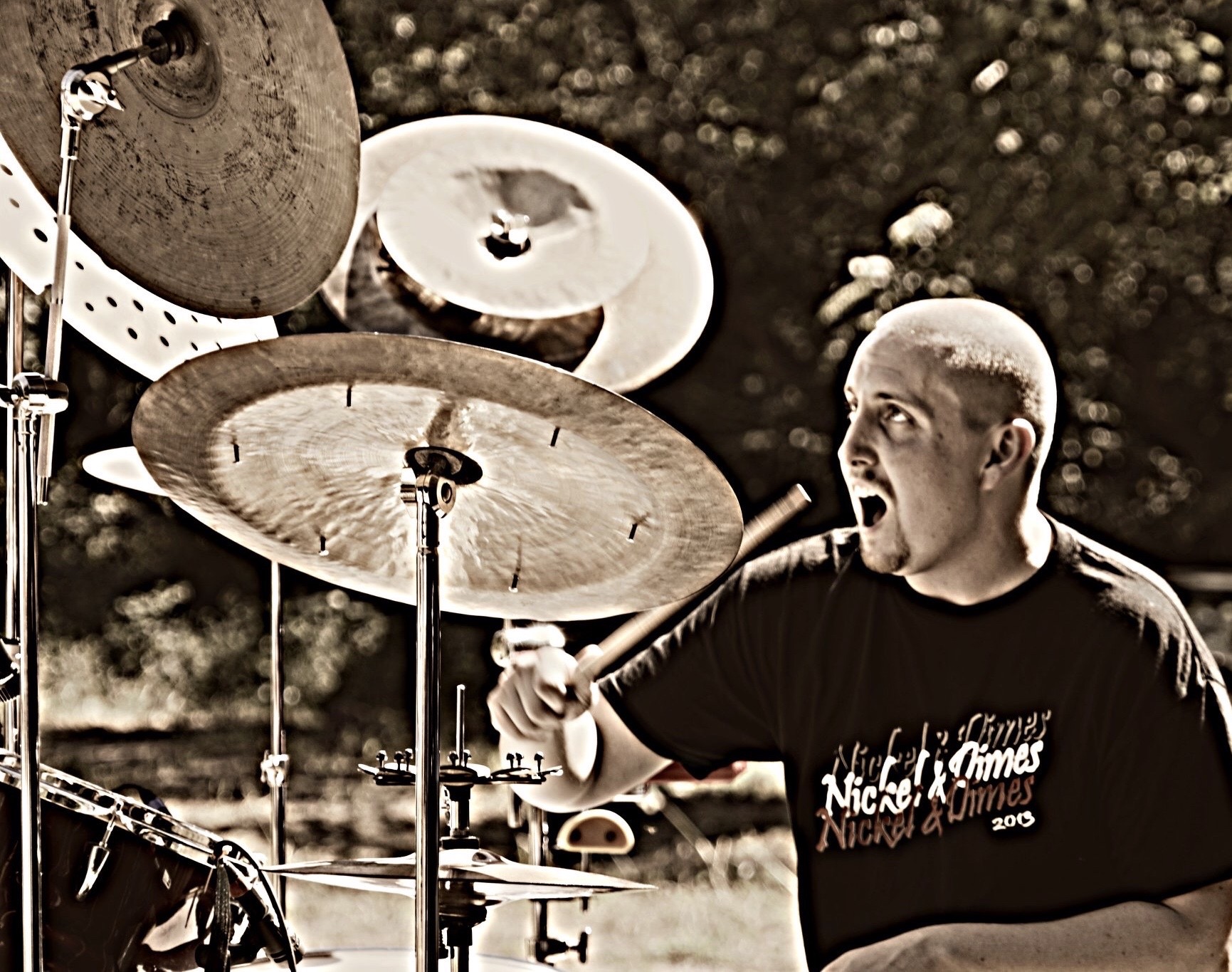 Born and raised in Champaign, IL, James has been involved in music most of his life. He began playing drums at age 9 and was involved in school band in middle school, high school, and received a bachelor’s in music performance from Eastern Illinois University in 2013. Besides performing in academia, he played in a variety of bands around the Midwest and writes original material in his project, Forebeat. James joined Nickel and Dimes in early 2019 and quickly felt like part of the family. His favorite song to play with band is “Whole Lotta Love” where he shares a drum solo with Garry on Tambourines!